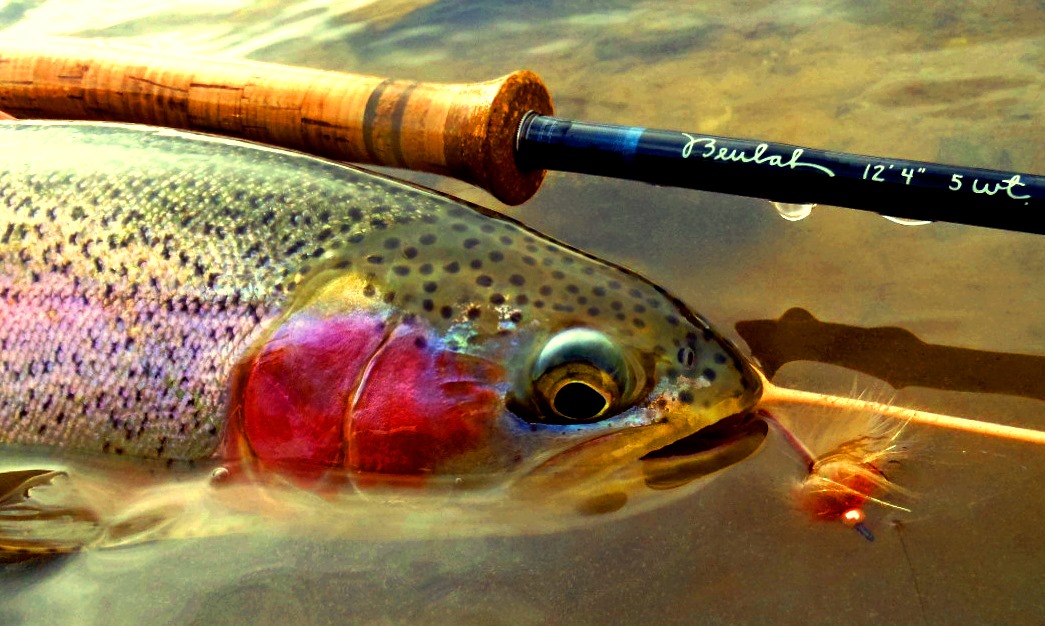 The so-called “December Thaw” produced over 1,000 record highs during the first half of this month. It is anyone’s guess as to how it might impact our fisheries, but in the short term, it has made for some pretty unique fishing conditions. Stretches of river that should have been locked under a foot of ice were flowing like it was mid-October. With a Winter Storm Warning looming, I headed north in hopes of making hay while the sun was shining.

On my first day, I was fortunate to fish with my good friend (and chief fly tester) Casey Miller, his brother-in-law Scotty, and Blake Jackson from the Ugly Bug Fly Shop. This is a fishy crew that would be super intimidating to hang with if they weren’t such solid dudes. Luckily for me, we fished a Disneyland stretch of water that is so loaded with trout, it makes anyone look like a “stick.” 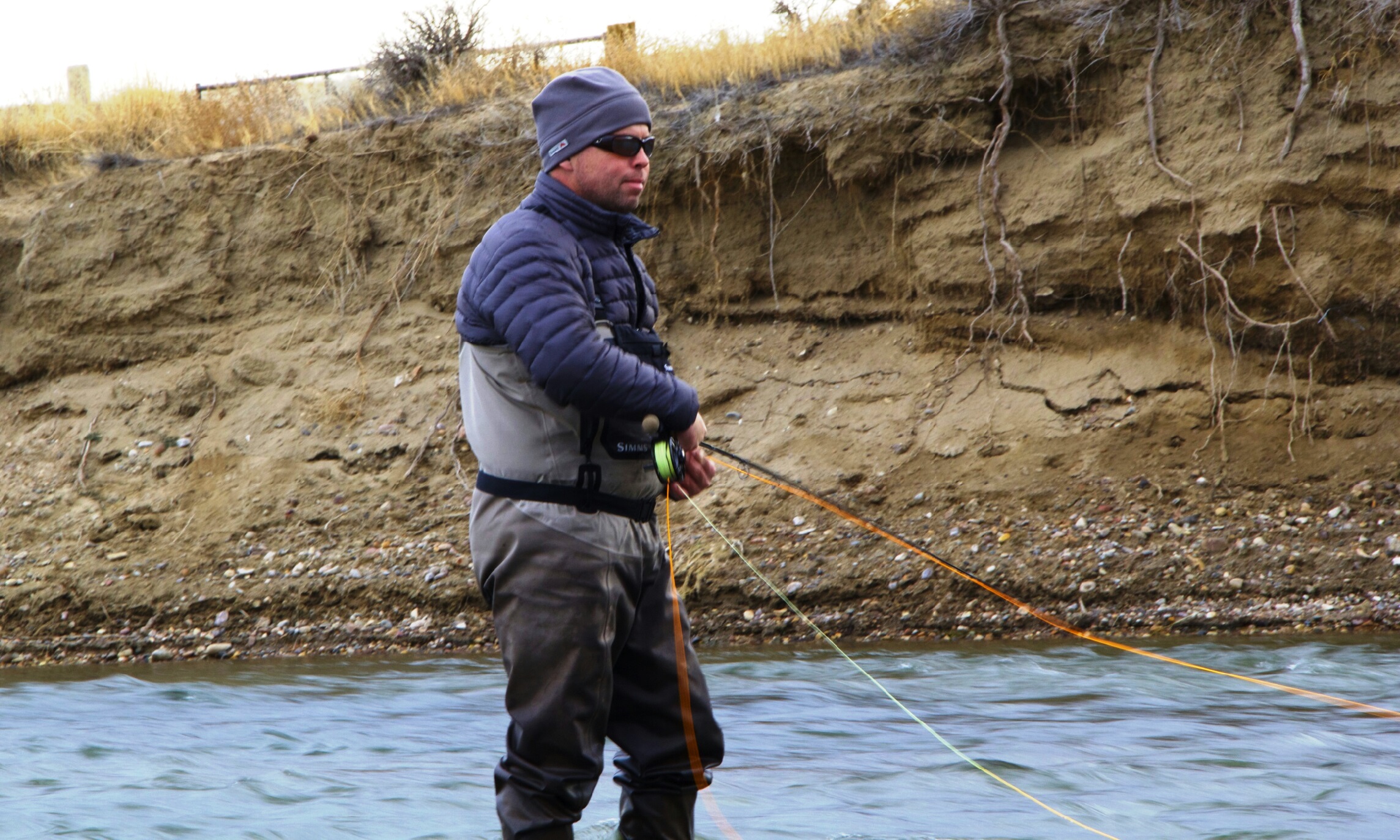 Early in the day, I cautiously gave Casey a Protubed Vanilla Bugger–“cautiously” because that fly has a bit of a streak going. I’ve handed it to six other guys and none have gone more than five casts before connecting with a fish. As it turned out, Casey only had to sweat a single swing. He stuck a fish on his second cast. The streak continues.

Later that night, the conversation predictably turned to picking the best spot to fish the following day: either head back to Disneyland and hammer the sure thing or “go long” and try a stretch that hasn’t been fishable during December in years. We knew it wouldn’t be frozen, but the odds were that the water would be super cold and it would fish like a barren wasteland. On the other hand, it just might be do-able and, if so, you’d be swinging to trout that haven’t seen a fly in a month.

Casey persuaded me to “go long” and I found runs there were seemingly in prime conditions–ideal flows and perfect color. But, after two hours of fruitless fishing, doubt started to set in. There were zero signs of life and my feet were significantly colder in this stretch than section I fished the day before. 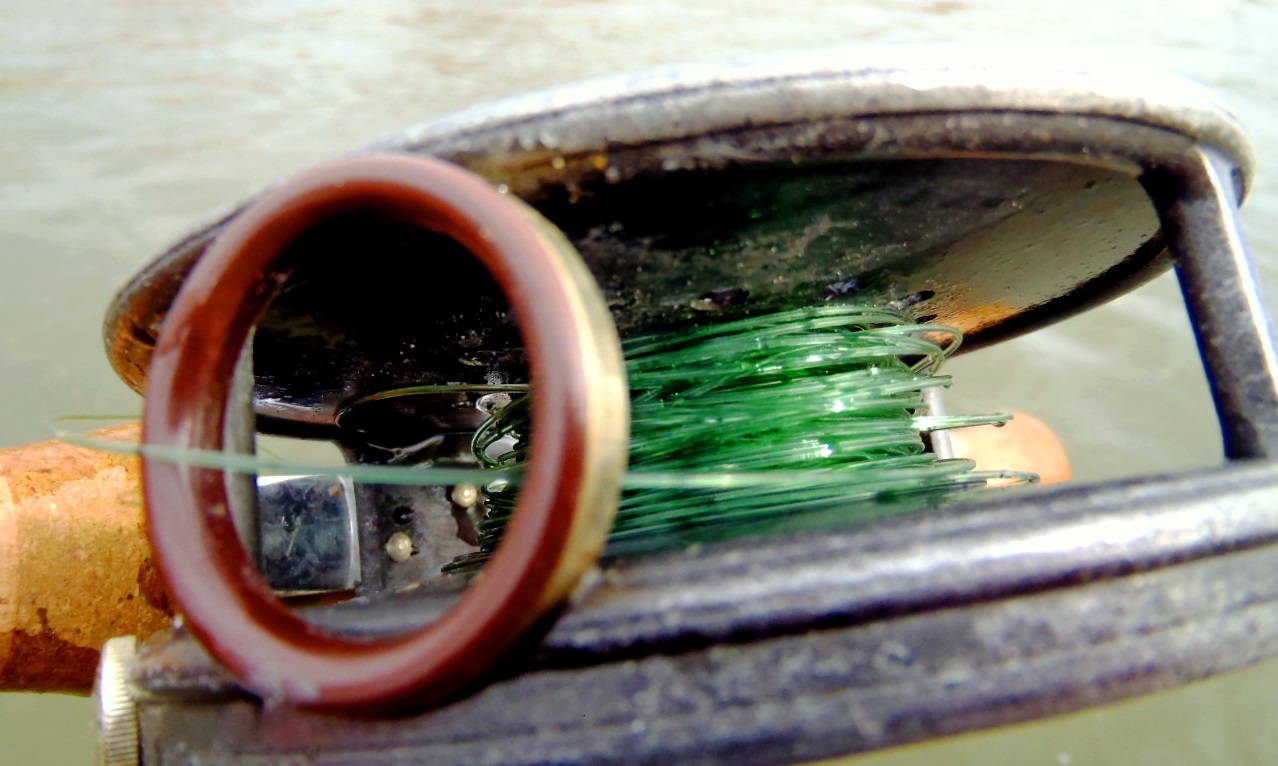 After a blistering run–the kind where you instinctively pull your hood off, as if that’s somehow going to help–the fish turned, ran straight at me, and the line went slack. A massive brown? An ass-hooked sucker? Whatever it was, it gave my old Perfect its beefiest workout since my last Deschutes steelhead. And, with that single encounter, the run magically transformed from a ghost town to one brimming with players. With renewed hope, I marched back up to the top of the run, baby-stepped between slow, deliberate swings, and ended up beating the odds, hitting fish after fish, in a stretch with no one else around, on a run that should have been a foot under ice.

Thirty-six hours later, the entire region was blanketed in ten-inches of snow with an overnight low of 9F and a balmy high of 16F. Here’s to making hay. 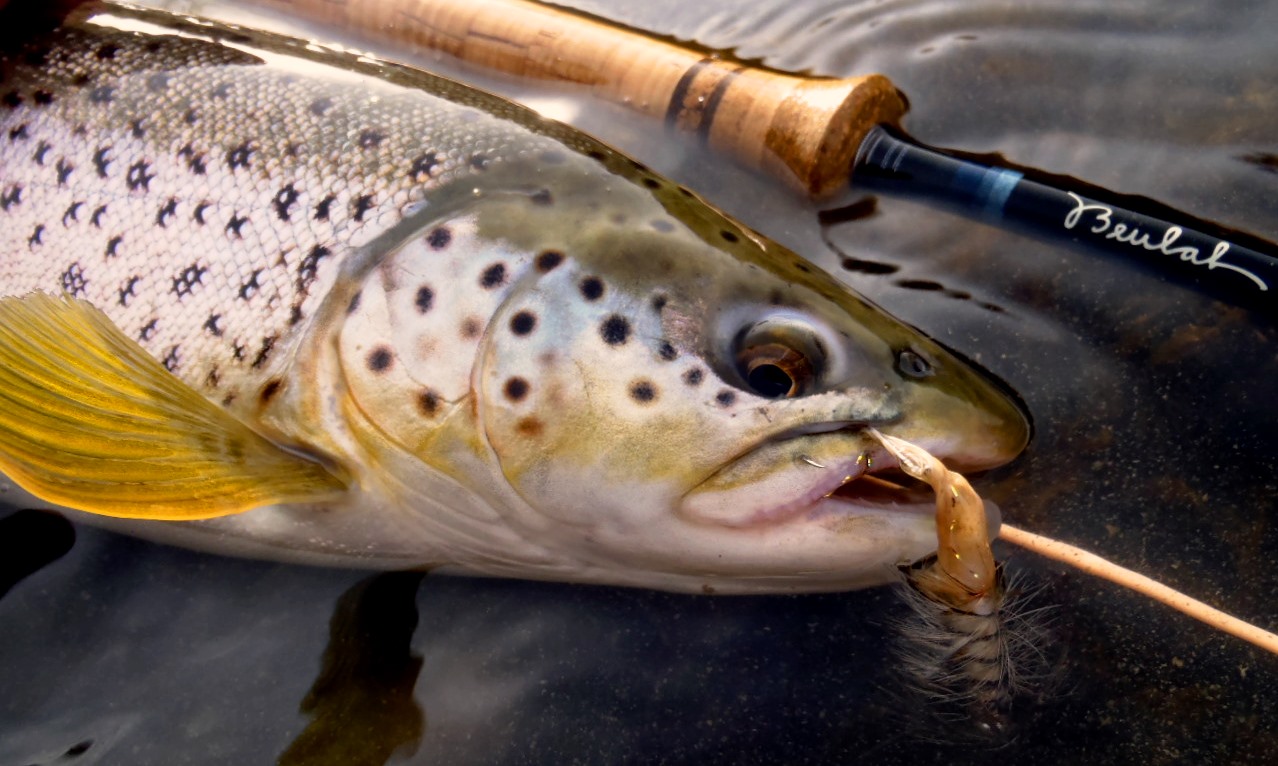 Flies: Protubed VB, experimental cray, and a dumbed-down version of this in tan/red and black/chartreuse