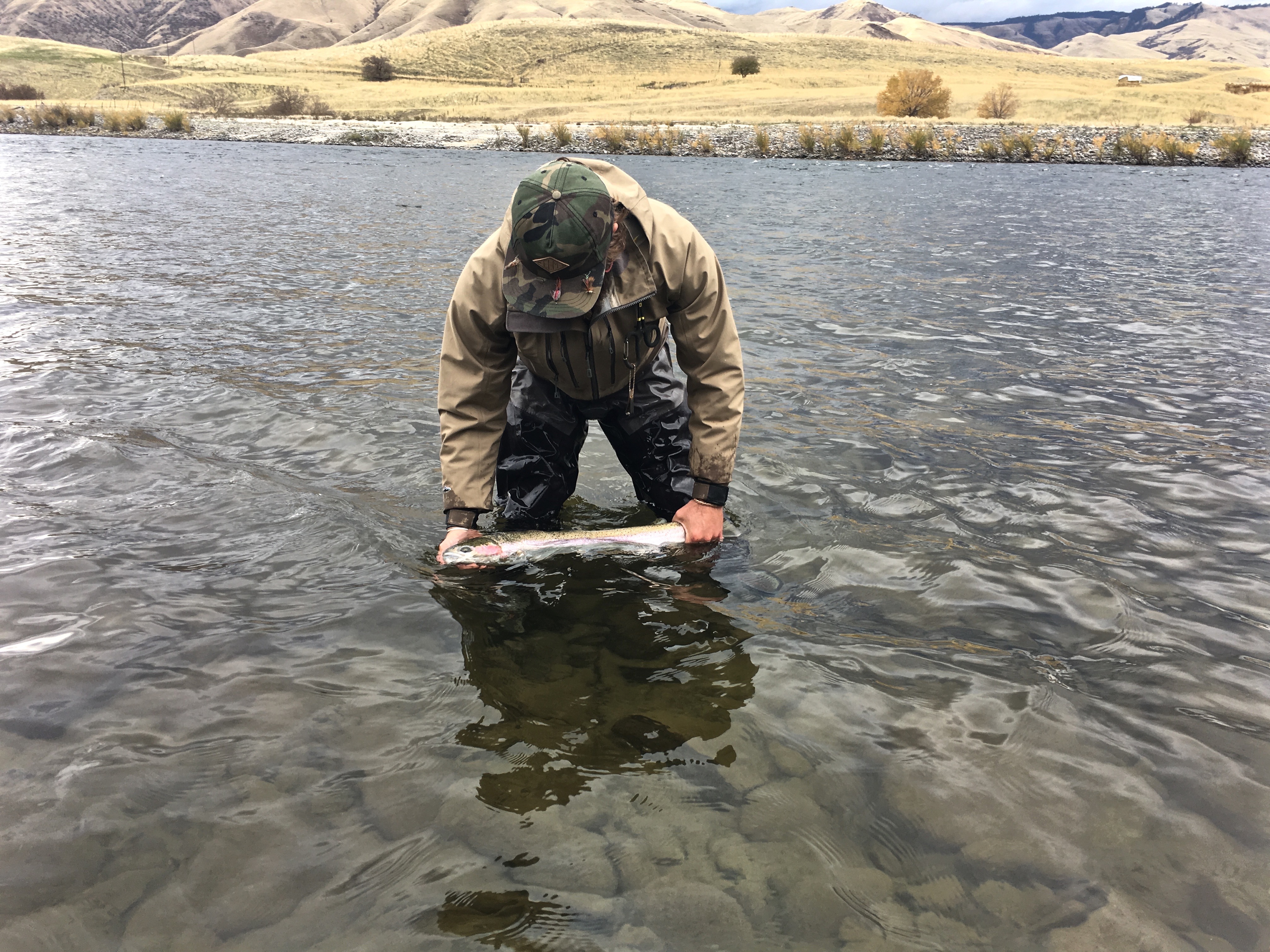 It’s a strange year to be a person who swings flies for steelhead around here.  Most strangely, there aren’t really all that many fish at which you’d swing.  I won’t get into it.   If you have any awareness of the inland Northwest steelhead fisheries, you know what’s happening with the upper Columbia and Snake tributaries.

The grim news started coming in this spring, when fish began to trickle over Bonneville.  Record-low counts, then even lower.  The worst was the projected wild-fish return:  about 1,000 native fish to the whole state of Idaho, to split between eleven or so rivers.  In case it’s not obvious, that is AWFUL.  A few years of this in a row could send some of the smaller-river strains on a straight, short path to extinction.

Due to the present reality, I did a lot of thinking this summer.  I conclude it’s time to have conversations about limiting our effects as fishermen, whether fly or spin.  In the interest of putting my money where my mouth is, I came up with the plan to just not fish this fall.  Not that I’m a particularly deadly force, but we know that there can be unintended mortality associated with catch-and-release practices.  I’d never get over it if I hooked a wild fish and unintentionally fought it to exhaustion. 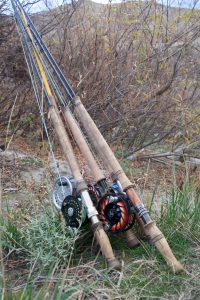 I almost made it. I sat out all of October, swung up some trout, did other river trips and cut firewood.  When my buddy Ian invited me to float one of our favorite sections of a local river the other day, I broke down.  I decided it was unlikely I’d hang one anyway, and thought I’d make sure by not bringing a sink tip, and just fishing dry.  The water temp had been hovering in the lower 40’s, what could possibly go wrong? 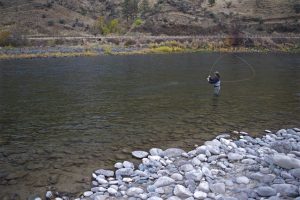 He hasn’t yet landed a fish, but he’s still fishing a dry line and classic hair wings. That is STYLE. 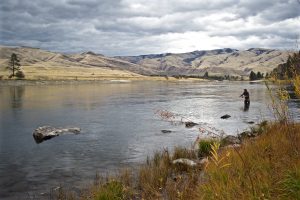 If there’s a moral to the story, it’s got to be this:  if you truly deep-down don’t want to catch anything, don’t go fishing. 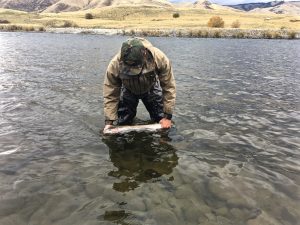 Whoops.  Money’s no longer where my mouth is.  My bad.

Flies:  a purple Muddler, a foam-backed October Caddis skater, and some freestylers.

The Fish:  A zippy little hen with translucent, white-tipped fins.  Perfection in a summer steelhead. 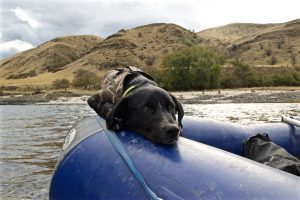 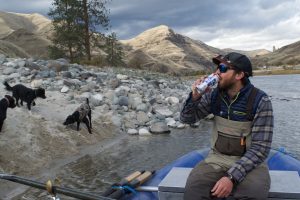 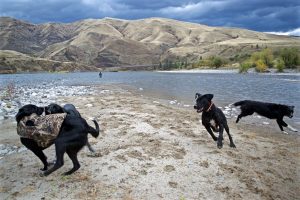