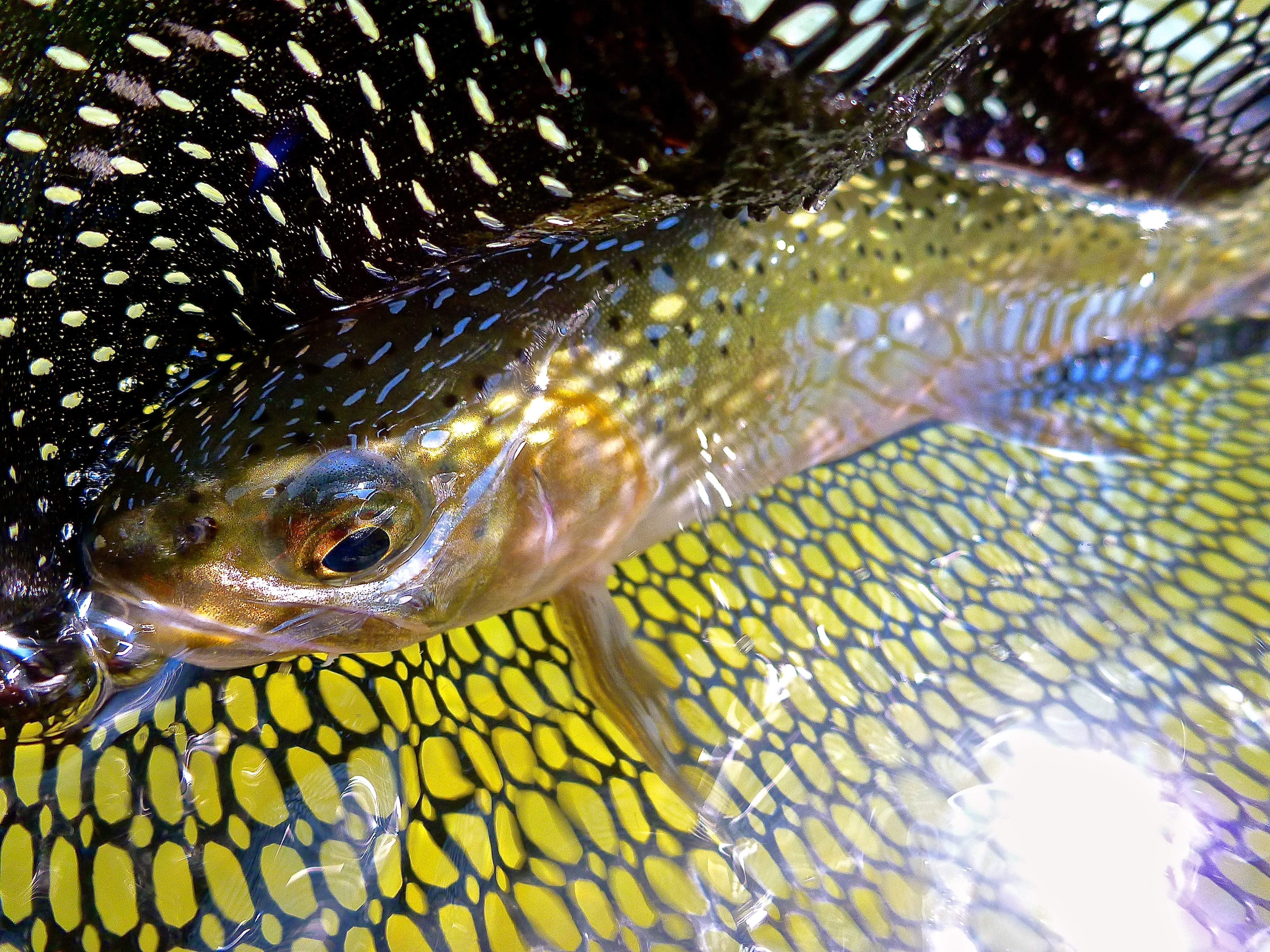 John and his wife came to the Middle Fork Salmon from Brooklyn.  He was a writer, she was a nurse.  While six days of roughish camping and float dry-fly fishing may not have been squarely in their comfort zones, we were comfortable with each other.  I think there’s an effect whereby having very little in common can lead to some of the best conversation; kind of an inverse of what you’d expect.  Anyway, despite John’s pelagic fishing experience on the Atlantic, neither he nor LuHung had really spent any time with a fly rod.  As is usual, the first day was a learning curve of casting and dead-drifting; and for me, getting a feel for just how gung-ho these guys were – in other words, how badly they wanted to catch trout, and how many they expected to catch.  I did my normal dance between instruction and forming a true interpersonal connection, but there was one thing I couldn’t figure out.  One spot on the record where the needle kept skipping, if you will.  I couldn’t figure out for the life of me if I needed to, or even should, bring up this one thing:  Neither of them seemed to be able to hook a trout.  Out of the literal dozens that came up to eat their flies, each turned and dove for the depths again.  Now, as a guide, this is kind of troubling in a sense – the hooking of a fish is a goal of sorts, a measure of success for most; including the guide.  But did they care?  Were they trying to hide embarrassment at their seeming inability to stick one, and if I brought it up, it’d introduce the kind of awkward that’d change our dynamic for the duration?

In the end, the guide-y guide side of me came through.  I brought it up.  I don’t remember how, but I brought it up.  John looked back and grinned, and said, “We talked about it before we even got on the boat… we don’t need to hook a fish.  We just want to watch ‘em do what they do.  These trout are beautiful.  They’re like nothing we’ve ever seen back East, and we’d almost rather not drag them around too much.”

Fine with me.  Because as it turns out, that attitude meant we could relate to each other.  They’d somehow entered into fly fishing with a mentality that normally takes years to develop (it did for me anyway).   Quite a few  (the horde of brand-name clad, PBR-swilling, fish-counting, big-ego bro’s who seem to be multiplying on every river system in every mountain town) never seem to develop it at all.  John and LuHung were folks who, by default, already knew that there was more to life and self-satisfaction than some quantitative kind of fly fishing success: a notion I totally embrace despite identifying with fly fishing as pretty much my over-arching lifestyle.

But it was still somehow really, really hard to watch them not set the hook on all those fish. 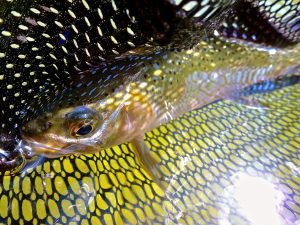 This one John hooked accidentally. I netted it on purpose though. 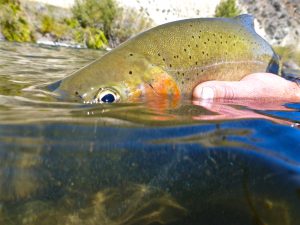 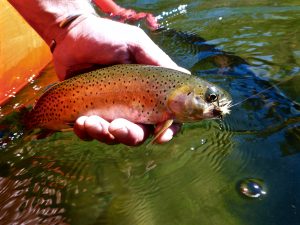 And these because I’ve allegedly not posted very many cutthroat photos. Some of the few I was able to get pics of, what with last year’s absurdly high water temps.